More
A Little About Our History 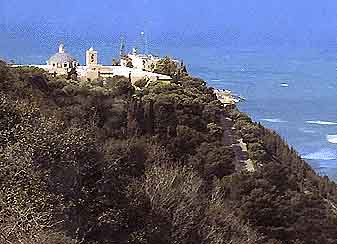 The Carmelite way of life began in Palestine at the end of the 12th Century on Mount Carmel near a spring known as the "fountain of Elijah" at the opening of a canyon called Wadi Ain es-Sah. The Original Carmelites assembled as hermits. They lived apart from others in order to deepen their conversions to Christ and to be transformed by a life of personal prayer in silence and solitude. Their eremitical community life was marked by prayer and meditation on the Scriptures, and hospitality to pilgrims.

They asked the patriarch of Jerusalem, St. Albert Avogadro, for a formal rule around 1206. The document outlined a standard of conduct, and this rule, modified a bit over the years, is still our guide today.

The Carmelites took Mary, the Mother of Jesus, as their patroness, and they gradually became known as the Brothers of Our Lady of Mt. Carmel.

The Carmelites first arrived in North America in 1864, and already bt 1890 Lay Carmelites were established in New York. Today, we number about 1,250 in the Province of St Elias alone.

We are members of quite an impressive family. As Lay Carmelite members of the Third Order, we follow the Carmelite Rule according to our state in life.